Larry Emanuelson was an Industry Pioneer Who Never Stopped Striving for Excellence and Innovation. 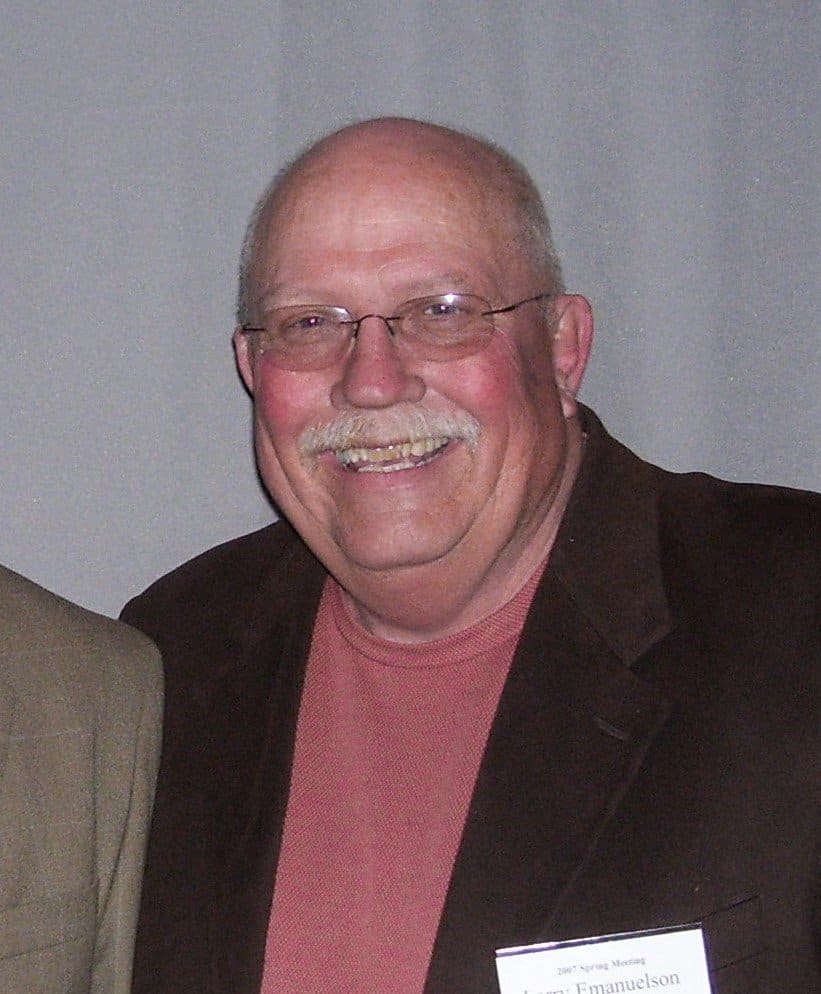 Everybody is going to miss Larry Emanuelson.

Larry passed away last week. He is known to us in the industry as one of the finest retailers in the state, an innovative pioneer.  After retirement Larry had many wonderful things going on in his life.  He had lots of children, grandchildren and greatgrandchildren who helped him and Mickey celebrate their 44 anniversary in May down in the Key West area.  Just this month they all got together to celebrate Larry’s birthday.

Larry’s post-retirement hobby centered on his real talent for woodworking and we proudly have one of his items in our office.

Way Ahead of the Times

Larry Emanuelson’s positive impact on our industry goes back for decades.  He and Wayne Collier ran Dixie Homes in Summerville.  They were way ahead of the times with their display center.  You felt like you were looking at homes in a nice neighborhood. They moved early into the modular side of the industry.  They were Retail Center of the Year more than once.

Mr. Emanuelson was born before the generation that readily took to computer technology but that didn’t stop Larry.  I remember dropping by when he was adapting software to use at the store.

Larry was an early mover and shaker in MHISC’s Charleston Chapter. He served on the Dealer Roundtable, the group that guides the association on issues that impact dealers and other retailers.   He moved up the management ranks at the association, elected to the state MHISC Board and Executive Committee.   He was elected MHISC Chair in 1983 and was an outstanding leader with strong support from the members.

As a Board member Mr. Emanuelson was a strong advocate for high ethical standards in the industry.  Customers, his peers in the industry and county officials in the Charleston area respected Larry because he knew what he was doing and did things right.

Just one example,  when the company sold a house to someone living in an unfamiliar county, a crew didn’t just show up on the homesite.   Larry talked with the officials in that county and found out exactly how they wanted things done.   That not only minimized problems but it also got the company off on a cut foot with the officials in that county.

Larry oversaw the purchase of George Jones Homes in Moncks Corner and the eventual merger between the two retail centers.   There is a generation of people in our industry who were trained and mentored by Larry Emanuelson.  They learned the importance of ethics, preparation and the need to do their part in building a strong association to protect the interests of the industry.

No Other Company Has Done It

Larry and Wayne brought a major talent into the operation when Paul Laurent joined the company’s management team.  Larry, Wayne and Paul were all elected into the SC Manufactured Housing Hall of Fame.   No other location in our industry has done something like that.   They were a fantastic group of professionals and Larry Emanuelson set the tone for excellence and association leadership there.

Even after Larry had held every office in the association and won every award twice, he continued to be a faithful supporter, attending every state meeting and every Charleston Chapter meeting.  It was always a joy to see Larry and Mickey at each event.

We mourn Larry’s passing, send our loving support to his family and thank him for his key role in creating the modern-day manufactured home industry in South Carolina.

Donations can be made in lieu of flowers by donating to North Charleston POPs The Summerville Orchestra 843-873-5339/ www.summervilleorchestra.org.